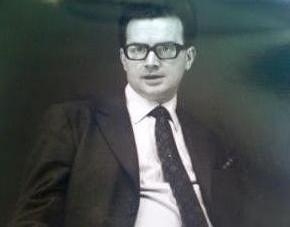 Cataloguing has begun on the Frank Bailey papers here at NUI Galway Archives. Bailey was born in Galway in 1938 and educated at Castleknock College and University College Galway. During his time as a student, he was a producer with the Dramatic Society for three years. After graduating he worked with Radio Éireann as an actor and producer before establishing his own dramatic company and staging works such as The Glass Menagerie by Tennessee Williams and The Caretaker by Harold Pinter. With the Abbey Theatre he produced The Colleen Bawn by Dion Boucicault. He also worked with the Eblana Theatre and adapted plays for radio.
He is probably best remembered for his work with the Celtic Art Theatre in Galway in 1971. It was the first majot attempt to bring professional English language theatre back to Galway. Through his work at that time he sowed the seeds amongst a young generation of actors in UCG (and elsewhere) which later resulted in the rejuvenation of DramSoc at UCG, Taibhdhearc na Gaillimhe and ultimately, the Druid Theatre Company.

Frank Bailey died at a tragically young age in a car accident. Through making available his personal papers, we strive to both honour his memory and contributions to theatre in Galway and beyond, as well as adding to our resources for researchers.
Sarah Poutch
Posted by NUI Galway Archives at 11:40 AM