John Daly (1800-1878) was born in Farnane, Co. Waterford, was educated through hedge-schools and taught Irish at Wesleyan College, Kilkenny. He moved to Dublin and set up as a printer and bookseller in Angelsea St. He commissioned and published Edward Walsh translations as Reliques of Irish Jacobite Poetry (1844), as well as publishing this book, Self-Instruction in Irish, in 1846. He was founding secretary of the Ossianic Society, 1853; retained contact with Gaelic poets and scholars such as Patrick Farham in Dingle, Co. Kerry, and Art Mac Bionaid, in Forkhill, Co. Armagh. 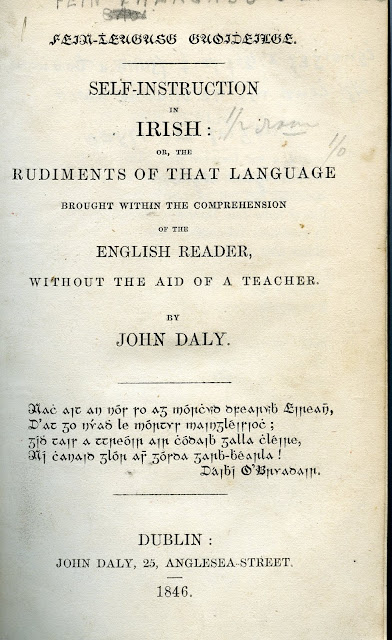 Daly corresponded with Nicholas O’Kearney who edited Feis Tighe Chonáin for the Ossianic Society founded in his Anglesea St. house in 1853; issued Michael Kearney, trans., The Kings of the Race of Eibhear (1847), being the poem of John O’Dugan [Seán Mór Ó Dubhagáin]; commissioned and published Mangan versifying the prose translations in The Poets and Poetry of Munster (1849), 1st Series [George Sigerson’s edition being the second]; also Irish Miscellany: Being a Selection of the Poems of the Ulster Bards of the Last Century (1876) and Key to the Study of Gaelic (Boston 1899). 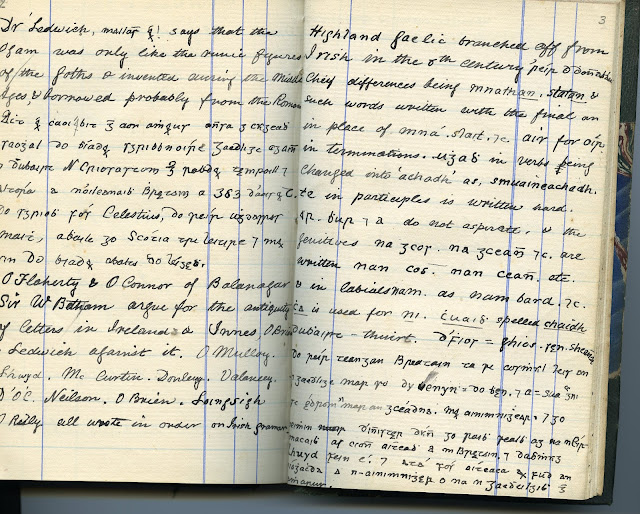 This book was bought in 1880 by Douglas Hyde, and contains hand-written notes on points of Irish grammar at the back done by Hyde himself. Founder of the Gaelic League, An Craoibhin Aoibhinn was instrumental in bringing the work of Irish language scholars such as Daly to a wider audience. This book is part of the Éamon de Buitléar collection which was recently donated to the James Hardiman Library here at NUI Galway. Éamon’s father served as A.D.C. to Douglas Hyde when he was the first President of Ireland. 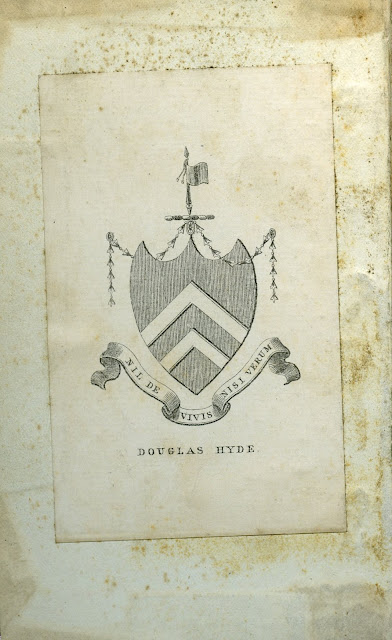 Posted by NUI Galway Archives at 11:23 AM