Brian Friel: Looking back to the Lyric Theatre, Belfast, of 1964

To mark the 85th birthday of the great playwright Brian Friel, we have dipped into the archives and are looking at how, 50 years ago in 1964, Friel was busy at work staging works in Dublin and Belfast. 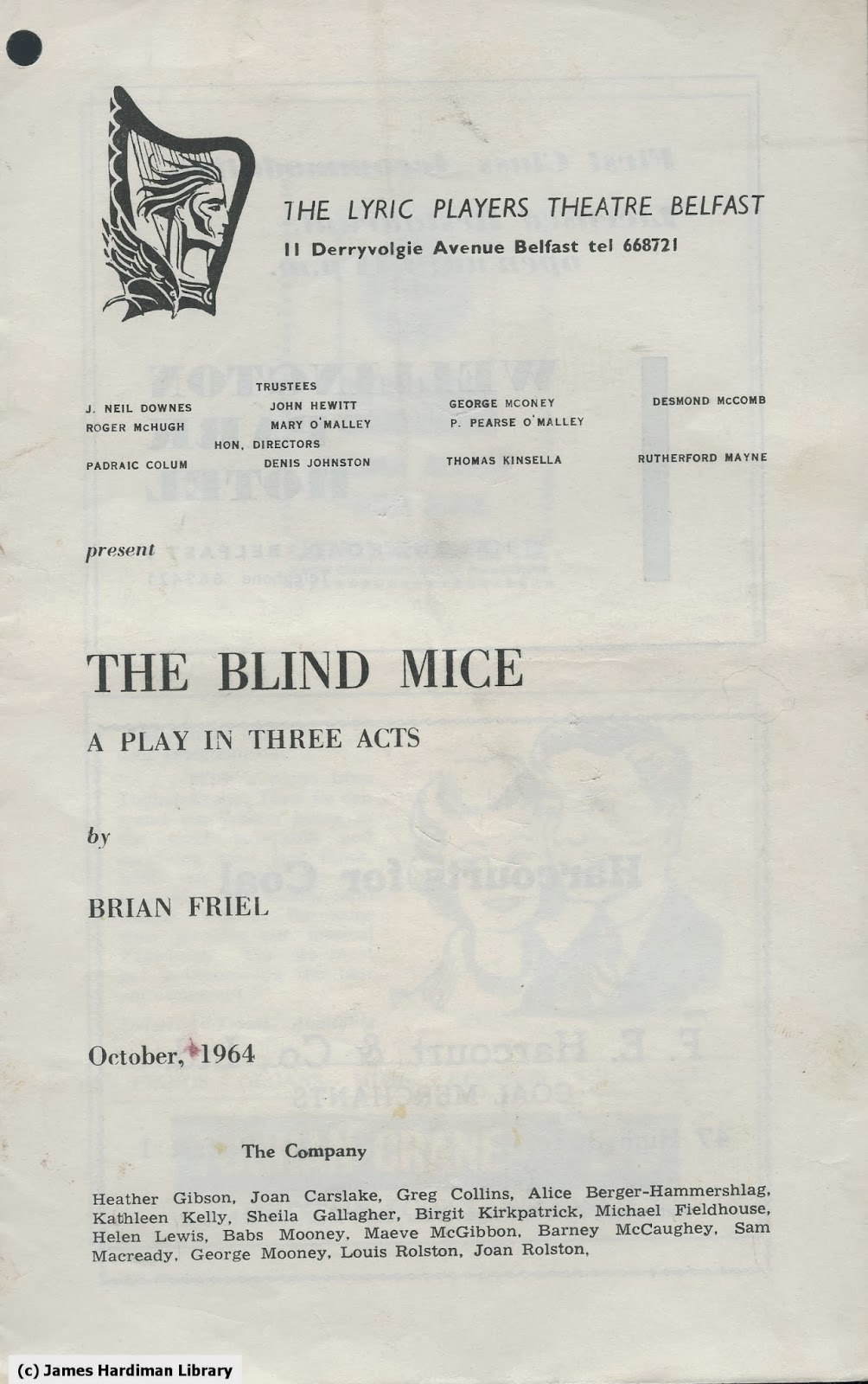 These letters and documents are from the Lyric Theatre/O'Malley Archive. The documents relate to the October 1964 production of The Blind Mice written by Brian Friel. This was the first and only production of the play at the Lyric Theatre and the play has since remained unpublished. The Blind Mice had received its Irish premiere in 1963 at the Eblana Theatre and produced by Orion Productions, which were founded by the late Phyllis Ryan.

This extensive collection of papers relate to the foundation by Mary O'Malley of the Lyric Players Theatre in Belfast in the early 1950's and charts its growth from a theatre based in O'Malley's own house to becoming one of the most important cultural venues in Northern Ireland. 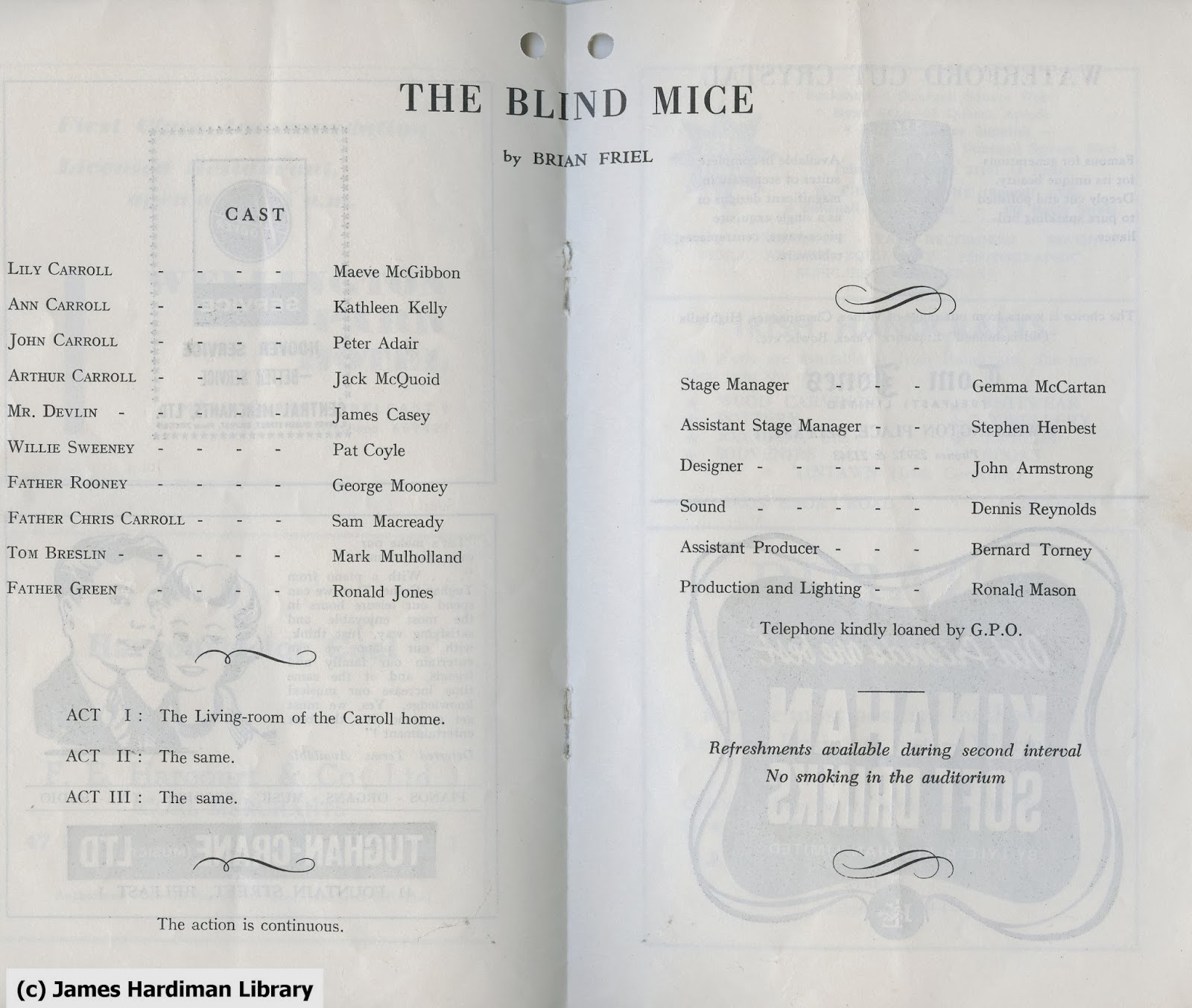 With specific reference to this 1964 production of The Blind Mice, the records of the Lyric Theatre archive contain the original and annotated scripts for the Belfast production, with scripts present marked "Stage Management",  "Lighting" and general copy with marked-up text of the play.

Also pictured here is a manuscript letter by Brian Friel written to Mary O'Malley written just weeks after the Belfast production of the Blind Mice and referring to the September 1964 and original production of Philadelphia Here I Come!  saying "The Dublin play went very well. It was one of those scripts that could have fallen flat on its face – and happily did not". Friel continues to outline his beliefs on writing a good satire and states where he falls somewhat short of his own expectations on this. 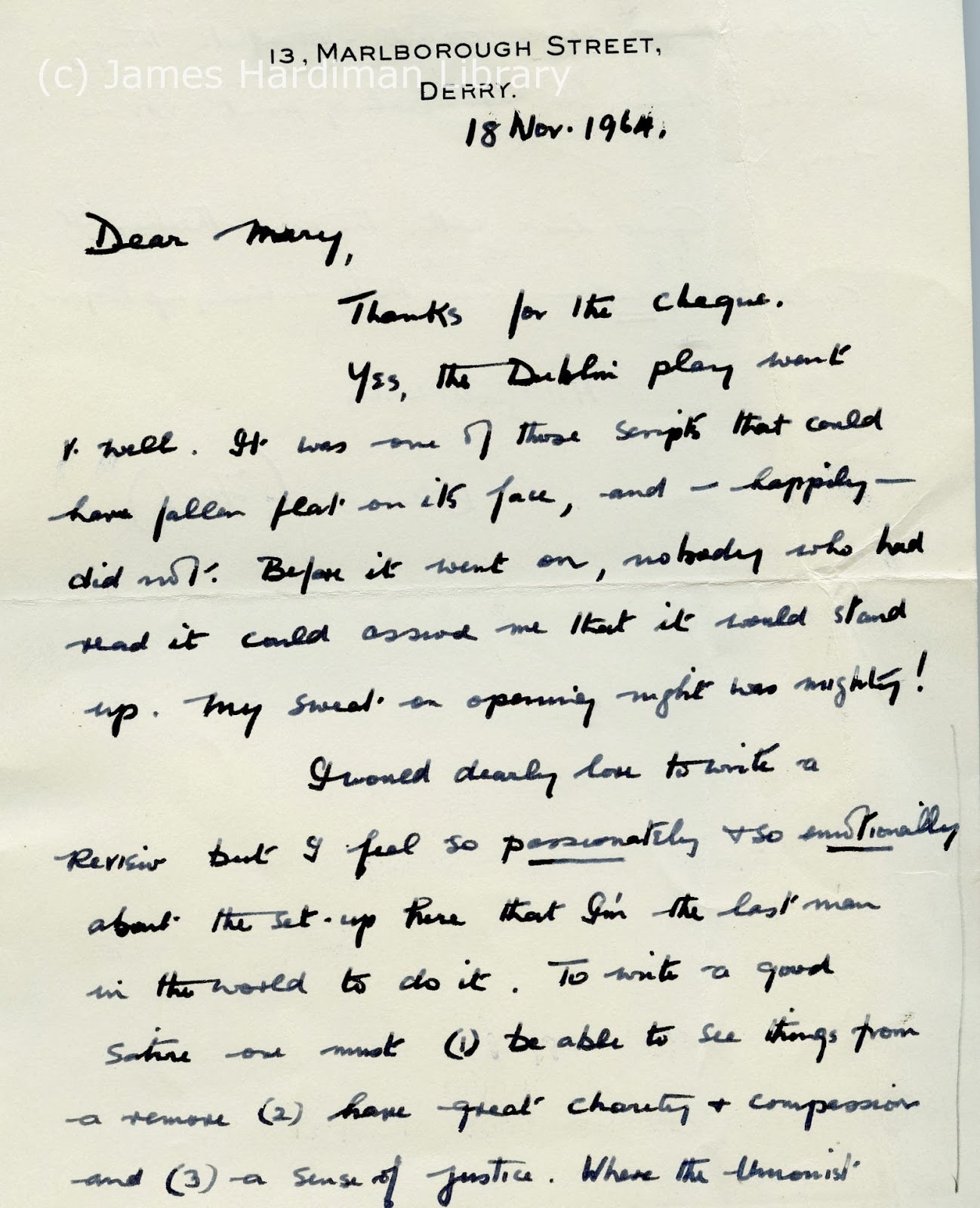 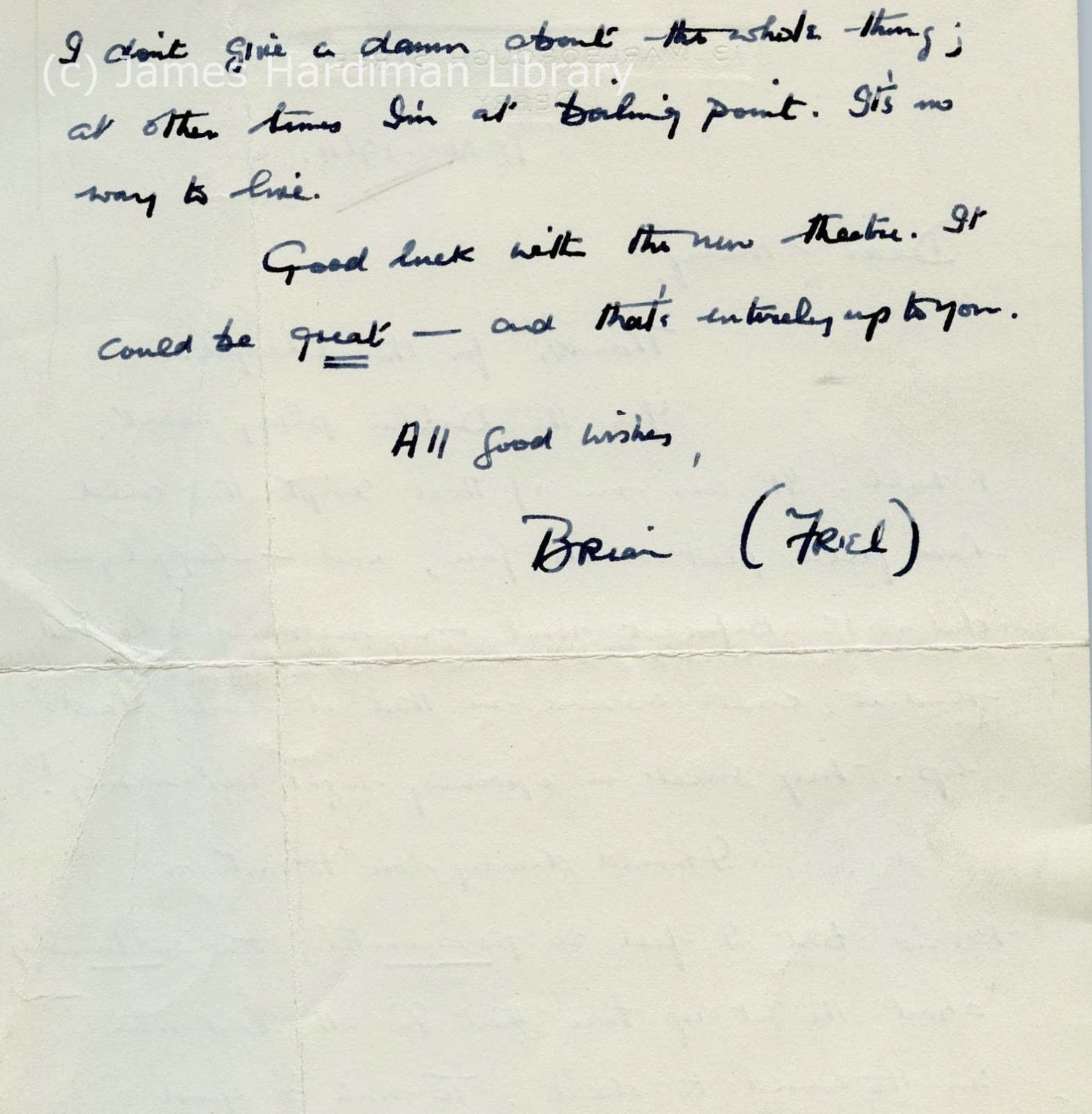 In the final paragraph of the letter, Friel wishes O'Malley continued good wishes for the Lyric Players Theatre: "Good luck with the new theatre – it could be great – and that is entirely up to you."

The Lyric theatre archive hold the following records for The Blind Mice:

T4/88 - Material relating to the production of The Blind Mice by Brian Friel at Derryvolgie Avenue. Includes two programmes and three copies of the script: a copy annotated with general production notes, a copy annotated with lighting directions, and a copy marked as being for the use of 'Stage Management'. This copy also has numerous notes and annotations. Also includes a portrait photograph of Sam Macready in costume as Father Chris Carroll.

Posted by NUI Galway Archives at 10:59 AM