The Lyric Players began in 1951, when Mary O’Malley organised a performance of Robert Farren’s Lost Light in her husband Dr Pearse O’Malley’s consulting room, located in their home on the Lisburn Road, Belfast. What started life as an amateur theatrical group which performed for invited audiences flourished, and eventually became Northern Ireland’s most consistent and established professional theatre company. It is unique in being the only theatre in Belfast to remain open throughout the Troubles, a testament to the commitment of those involved in its operation. 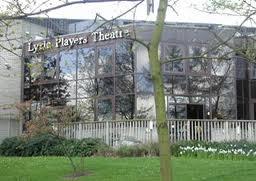 A purpose-built Lyric Theatre was opened on Ridgeway Street in 1968, the foundation stone having been laid by Austin Clarke in 1965. Over the years the Lyric has staged myriad productions, ranging from the classics to newly commissioned plays, as well as focussing on the work of Irish playwrights. The Lyric has premiered works by writers such as John Boyd, Anne Devlin, Patrick Galvin, Robin Glendinning, Jennifer Johnston, Martin Lynch, Gary Mitchell, Stewart Parker, Christina Reid and Graham Reid. It has also nurtured local acting talent, with many famous local faces having been associated with the Lyric over its fifty years’ history. These include the theatre’s patron Liam Neeson, playwright Marie Jones, and stage and television actors Adrian Dunbar, Ian McElhinney, Jimmy Ellis, and Dan Gordon.
These archives encompass the Lyric’s early years through to more recent times. They include material such as scripts, programmes, photographs and audio recordings of productions. In addition to this there is also a considerable amount of administrative material, including correspondence. The O’Malley family, the original founders of the company, are well represented with Mary and Pearse O’Malley’s correspondence and personal papers also being an integral part of the archives. There are over one hundred boxes of material, which will be catalogued over the next fifteen months.

Sarah Poutch
Posted by NUI Galway Archives at 8:00 AM