Rugby on Campus - Success in Past and Present

You might be forgiven for being slightly hoarse today after cheering on Ireland in their 6 Nations victory over the weekend. Here on campus we have an extra reason to be proud as NUI Galway's Robbie Henshaw delivered not only a Man of the Match performance but also his first international try. To do so against a formidable England team in such a bruising encounter in the Aviva Stadium is an incredible achievement. Well done Robbie.

A look back in the archives of NUI Galway we can see a long rugby tradition. As far back as 1904, the then Queen's College Galway were active on the rugby field. In the Rugby notes of the student magazine of 1904, the anonymous author describes some of the Galway players. "Dee at full back is as cool and resourceful as ever . . ."; "The wings are all fairly good: Waller and Rentoul are both all-round players . . ."

The poem below, also published in the 1904 student magazine is an 'ode to rugby': 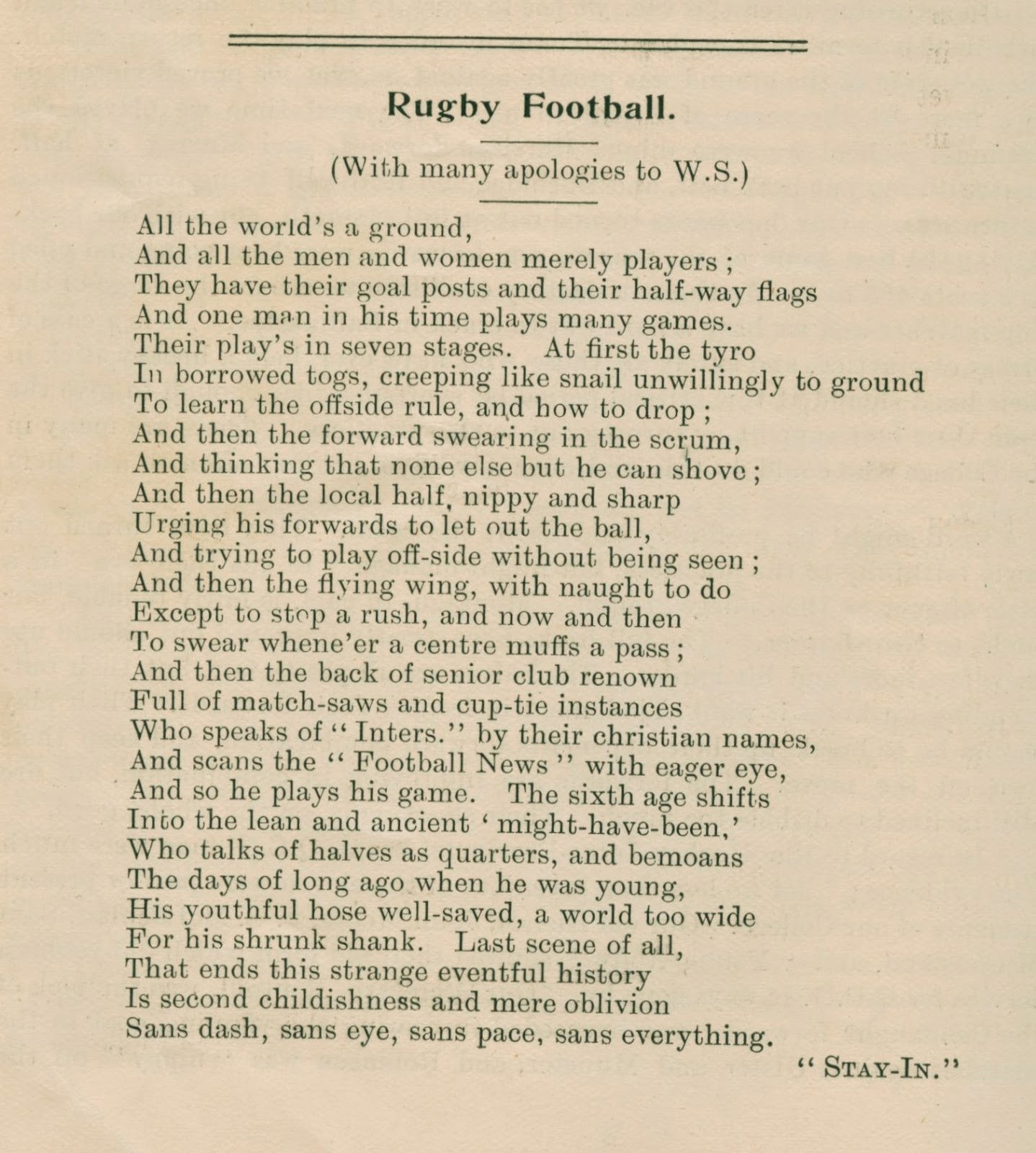 The image below is of Cork student Harry Jack attempting a penalty kick facing a rather large crowd at a Dudley Cup game held in Galway. The Dudley Cup in rugby was a big event for the author as he writes of his own memories as a player: "Rugby! Even as I write and gaze upon the word, a thousand regretful thoughts flash through my mind . . .I might dream of the deafening cheers with which an admiring and ecstatic crowd were wont to greet the entry into a football arena of the rugby team of the past." 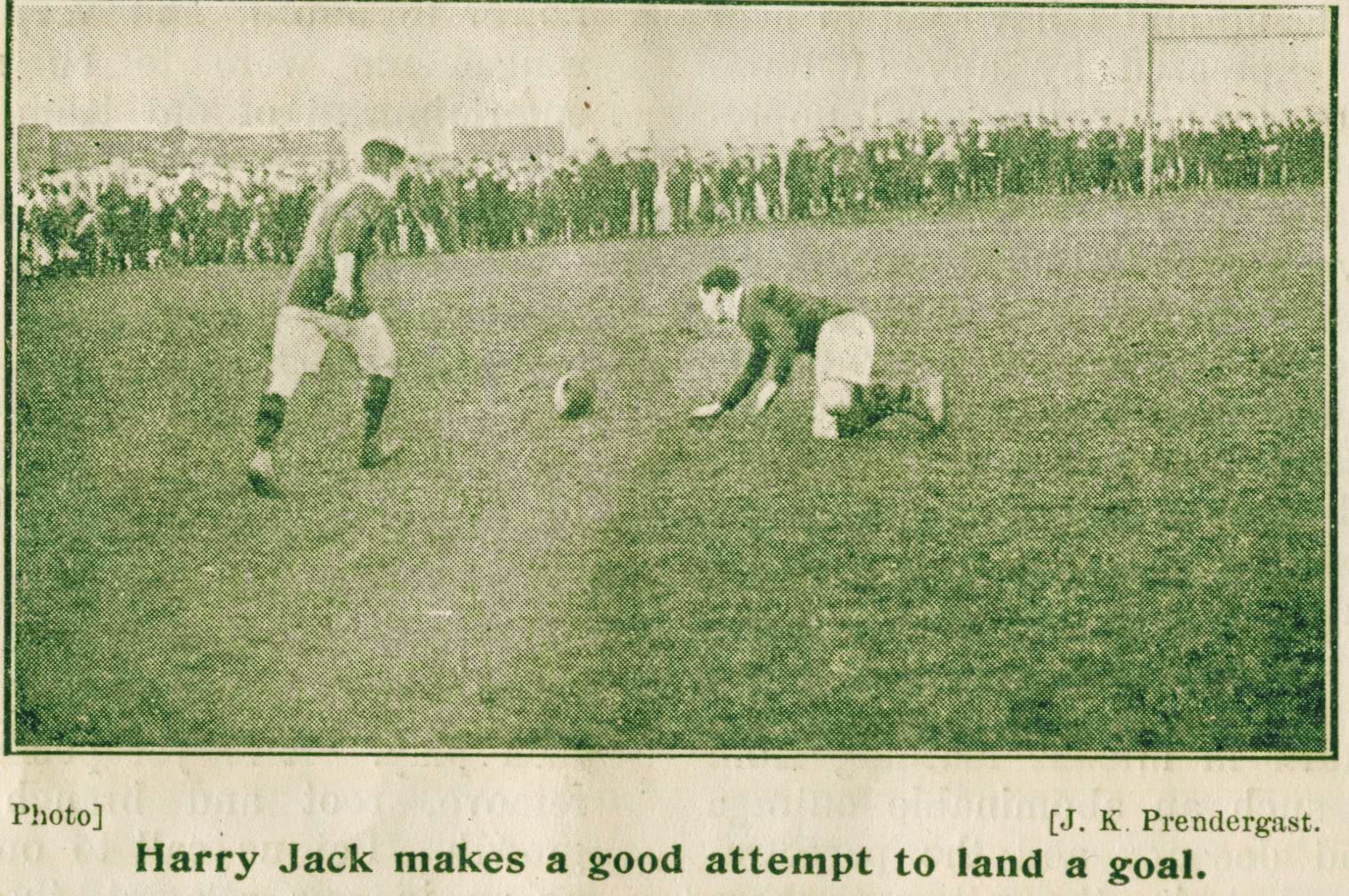 The notes detail the Dudley Cup game between Galway and Belfast colleges in 1913 and in particular the performance of Cork player Harry Jack:

" . . .We were all agog with excitement to witness a trial of science between Wallace and Harry Jack, the famous Cork stand-off half. Jack plays, as was only to be expected, a neat and sound game, his handling of the ball striking us as being very pretty, while the wisdom and length of his kicking were a revelation to those who had an opportunity of feasting their eyes upon the execution of his powers.

The final game of the competition came down to Galway and Belfast and is pictured below: 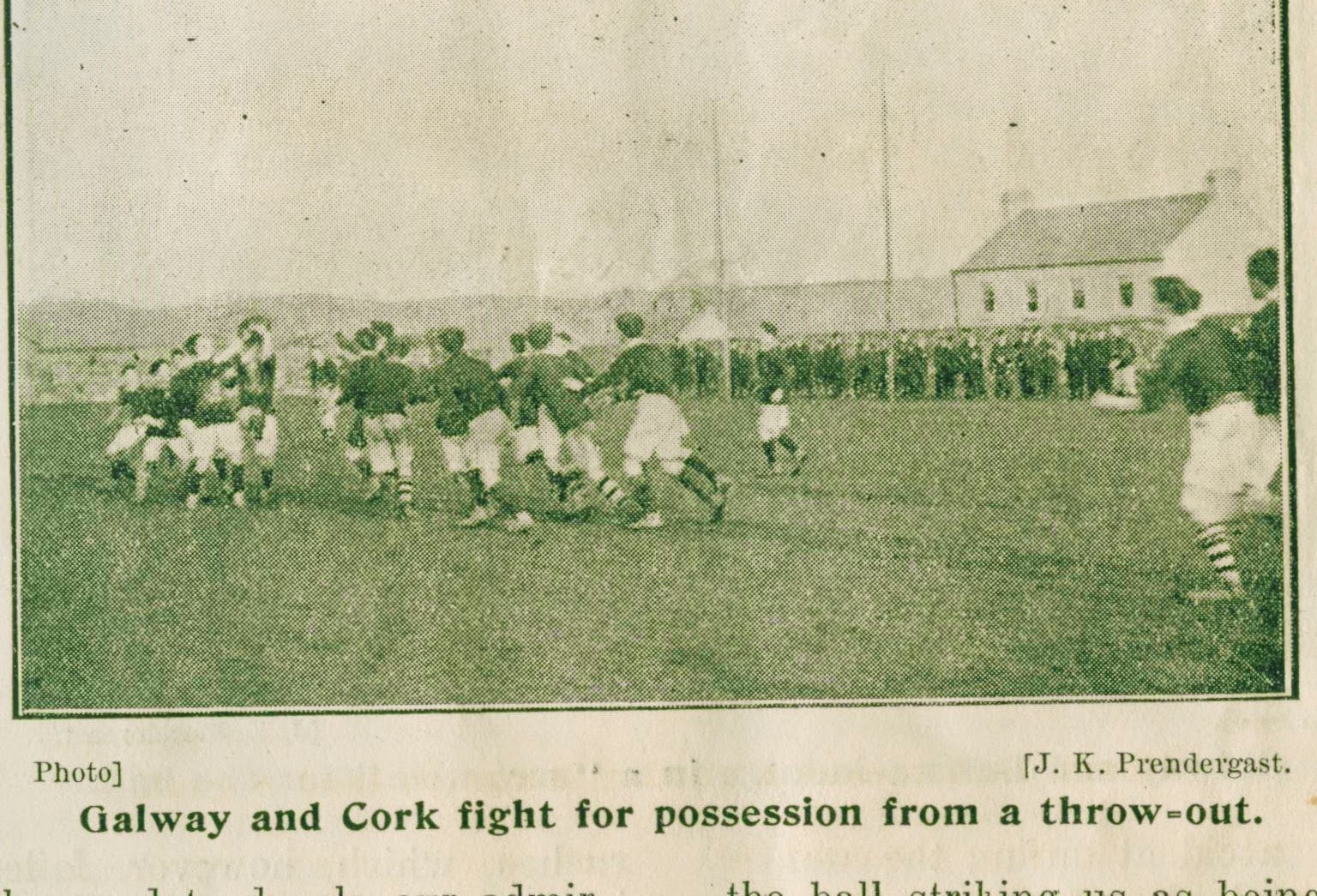 While UCG were not successful in that particular Dudley Cup, further success would come to campus in Galway, not just in the Dudley Cup but in the Connacht Senior Cup, as in the images below. If anyone can identify any members do leave a comment. 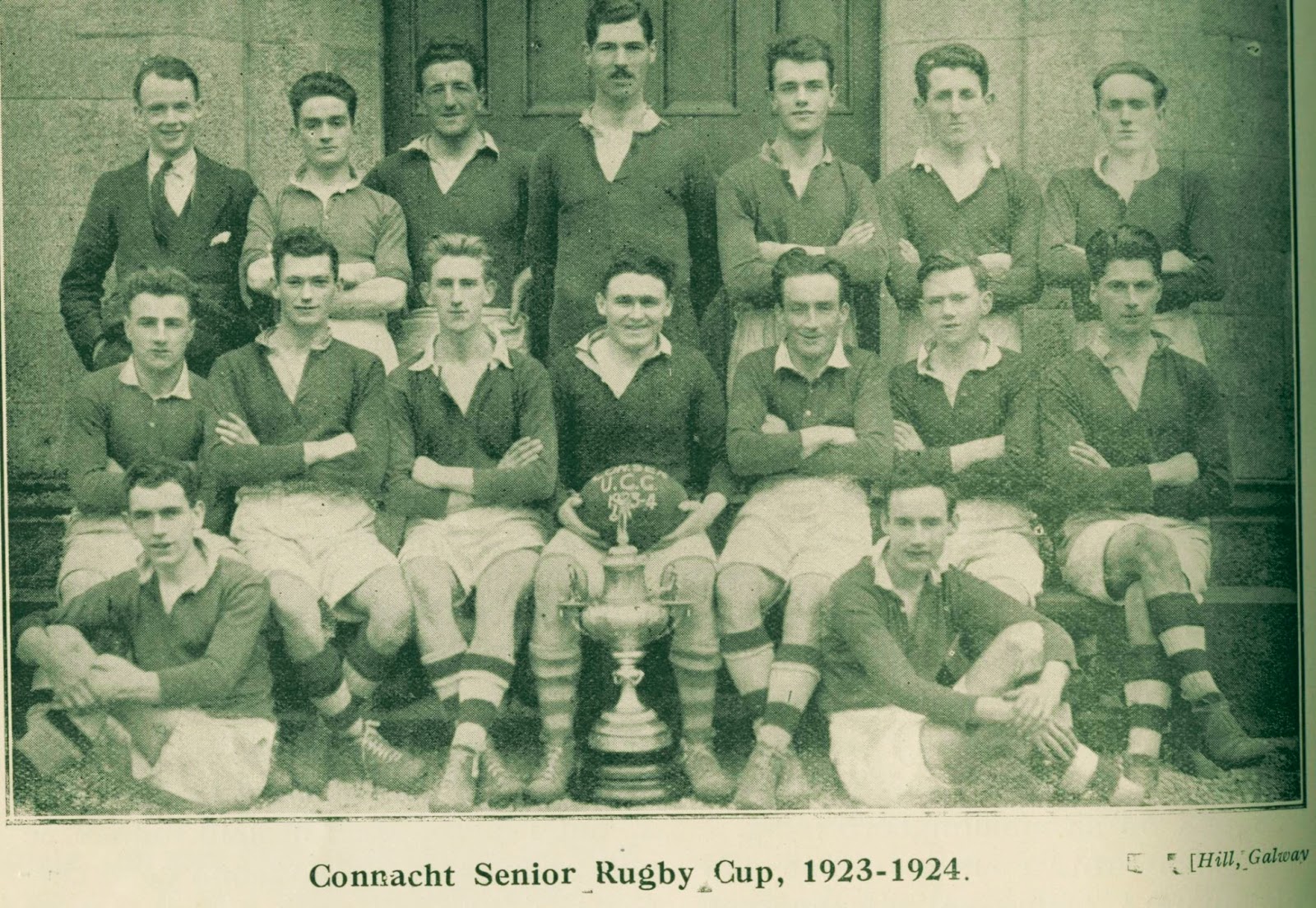 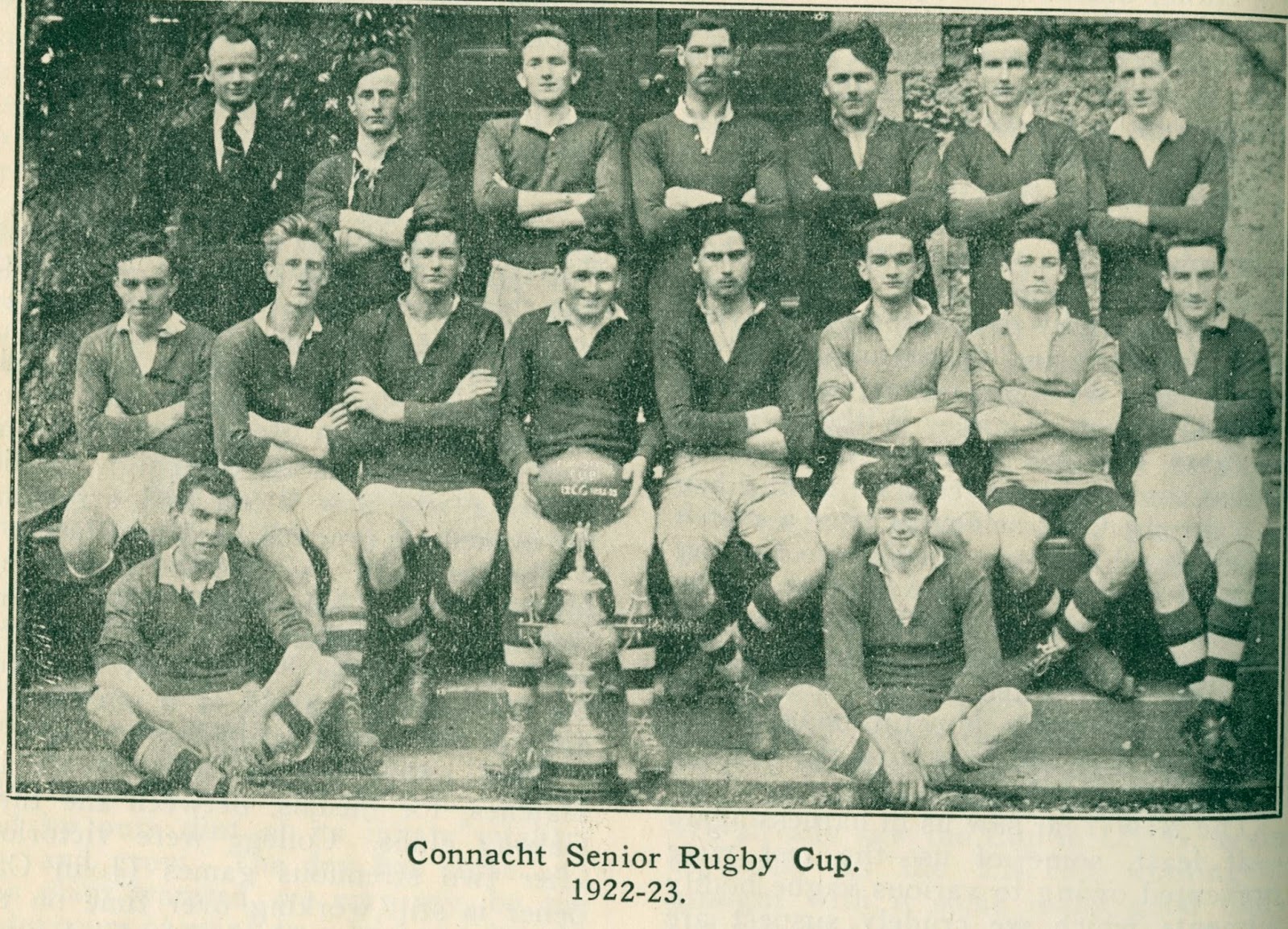 Back in 2015, lets hope Robbie Henshaw and the rest of the Irish team can continue this great run of success and have more silverware back on campus in Galway!

To see any of these historic student magazines of NUI Galway or other related material please consult the Archives and Special Collections service at the James Hardiman Library:
http://www.library.nuigalway.ie/collections/archives/