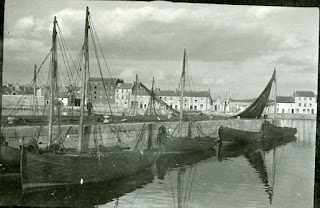 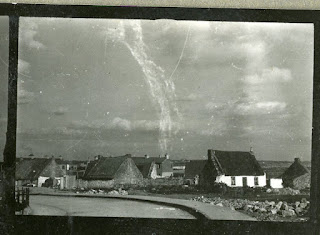 As well as talking to people from the locality, he also brought he camera, taking snapshots of the Village at an interesting time, when it was in transition from the traditional fishing village at the edge of Galway - almost a place apart - being transformed by the social housing programme of the late 1930s brought in by the government. 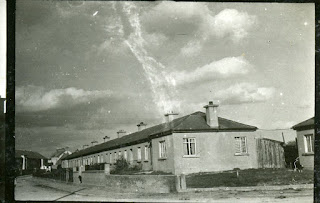 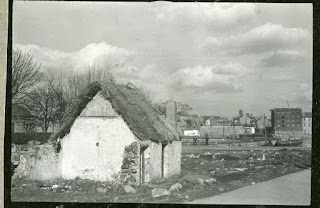 In the background of some of the photographs shows the well-known Long Walk across the river Corrib from the Claddagh. 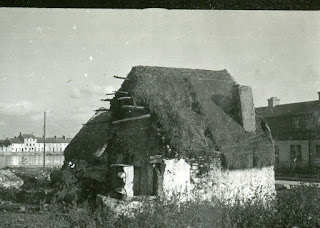 Perhaps one of the nicest photographs shows three boys in the corner of the photograph peering intently into the window of a sweet shop. 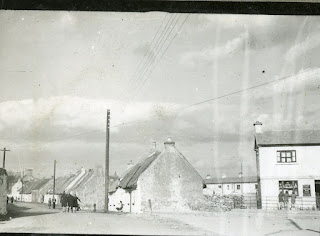 There are over 10,000 photographs, slides, negatives and contact prints in the collection, and it is the intention to have these described, scanned, and available for consultation in the coming months. In the meantime keep an eye on the blog here for more photographs from this fascinating collection.
Posted by NUI Galway Archives at 6:33 PM No comments:

Celebrating all things Joyce this Bloomsday

To celebrate this Bloomsday, we are looking beyond Ulysses and to some other Joycean treasures present in the collections of the Hardiman Library. One such item is an original, autographed edition of a collection of poems written by James Joyce entitled Pomes Penyeach. The volume also features intricate and ornate illustrations by James' daughter, Lucia Joyce. The volume, which contains the Galway-themed poem, She Weeps Over Rahoon, was donated to the Hardiman Library by Joyce himself in 1935.

The book was published by Obelisk Press, which was run by Jack Kahane, an admirer of Joyce’s work, and by Desmond Harmsworth. Editions of the book were signed by James Joyce and offered for sale at £12. Joyce sent copies to other authors and contacts in the publishing world and his letter notes that the book was deposited in the British Museum Library and the Bibliothèque Nationale.
Joyce personally sent a copy of Pomes Penyeach to the Hardiman Library of NUI Galway and a manuscript letter by Joyce sent to Prof. John Howley, University Librarian, was written in August 1935, accompanied the book.

In the letter Joyce indicates that his uncle-in-law, Michael Healy, had requested him to send a copy of the special edition of Pomes Penyeach to the Library. Joyce states that he was doing so not only because the illustrator was a “grand-daughter of Galway” and the bearer of one of the ancient tribal names but also as a token of appreciation of the support he had received over the years from Michael Healy himself.

The book is a beautiful reminder of the connection of Joyce to the City of Galway in his personal life through his relationship with Nora Barnacle and also in literary means, through She Weeps Over Rahoon and also as through numerous scenes and references in Joyce's masterful short story, the Dead.

Happy Bloomsday!
Posted by NUI Galway Archives at 11:59 AM No comments:

The American folk singer Jean Ritchie died on the 1st of June at the age of 92. One of the major figures  in the American folk and Appalachian song movement she was famed for her pure voice, dulcimer playing, songwriting and influential books on the American song tradition. 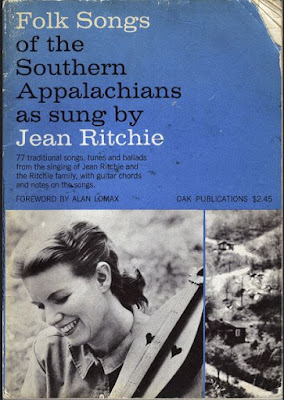 She composed her own songs, many of which were recorded by such diverse artists as Johny Cash, Emmylou Harris and Dolly Parton.  In 1952 she toured Ireland with her husband the photographer George Pickow researching the ballads that she had grown up singing in her Kentucky home.The remarkable photographs taken by George Pickow were acquired by the Library in 1996 and have since been digitised as one of the online archival collections. Last March the Library launched the inaugural Jean Ritchie memorial lecture in her honour. The acclaimed Appalachian author Silas House spoke about the close links between the Irish and Appalachian traditions that Jean Ritchie and George Pickow so responded to.

The Guardian newspaper obituary provides a full account of her life and accomplishments.  In addition, Professor Dáibhí Ó Cróinín wrote an appreciation of George Pickow, published in the Irish Times, 14 February, 2011 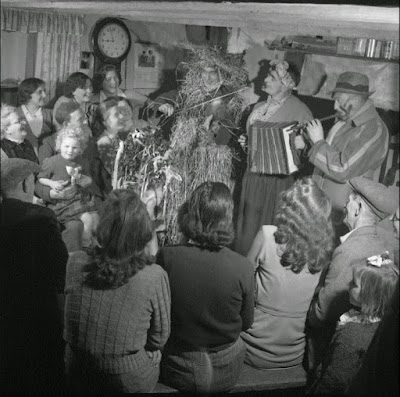