Muintir na Tíre pioneered and were involved in promoting many new concepts and technologies in its 80 year history. They were involved in rural electrification, group water schemes, community alert and community development. They had prominent Irish sociologists involved in the organisation in the 1940s to the 1990s. Among these were Jeremiah Newman, Bishop of Limerick, Dr Thomas Morris, Archbishop of Cashel and Emly and Tomas Roseingrave.

Dr Thomas Morris was the National Recording Secretary of Muintir na Tíre. He was Vice President of the diocesan seminary, St Patrick’s college in Thurles and became Archbishop of Cashel and Emly in 1960. In the archive we have correspondence that was received by Dr Morris with regard to the work of Muintir na Tíre, his role as editor of Landmark and with regard to his views on sociology, rural Ireland and community development.

He was concerned with the internal organisation and structures of Muintir na Tíre and produced papers on how the secretary should work, the use of filing systems and the structures of guilds. 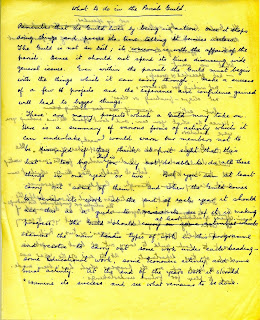 In the 1940s and 1950s the Catholic Church were vocal against Communism across Europe. This view was supported by both Canon Hayes and Dr Morris who spoke out against communism in Ireland. Below we have an example from a paper written by Dr Morris on this. 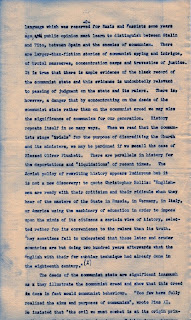 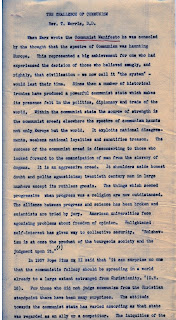 He also looked at community development in rural Ireland. One of the papers in the archive is ‘Organisation of Rural Workers’ which looks at the history and structure of the agricultural industry, growth of workers’ associations and the parish organisation in Muintir na Tíre. 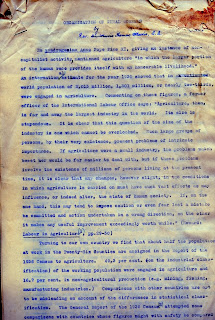 The other prominent sociologist involved in Muintir na Tíre was Tomas Roseingrave, who had a Master’s Degree in social science from UCD. He was Director of manpower studies in the Department of Labour. In 1968 he became the second National Director of Muintir na Tíre. He resigned from the post in 1975 but continued on as consultant National Director and was involved until his death in 1993. In 1973 he became a member of the EEC Economic and Social Committee where he was President in the 1981.

Roseingrave was a constant in Muintir na Tíre from 1968 to his death in 1993. His work as National Director included setting the direction of the organisation, developing policy and organising the administration and staff.  He communicated with various organisations and government departments on behalf of Muintir na Tíre and also represented them on various committees and bodies. 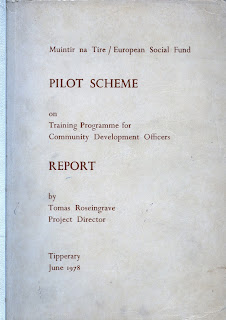 He also wrote many paper on community development. Below is an example of an article he wrote for Community Focus in 1979 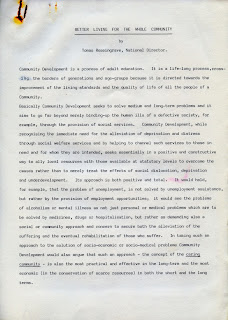 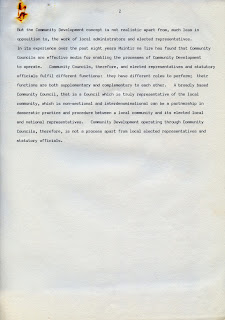 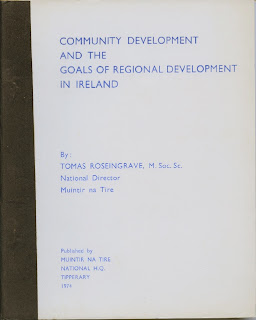 In his role on the Economic and Social Committee he became well versed on European issues and was a support of Ireland joining the E.E.C. He was very concerned with community development and the improvement of rural life and decreasing the gap between rich and poor. This can be seen in his address at the Plenary Session of the Economic and Social Committee in December 1981. 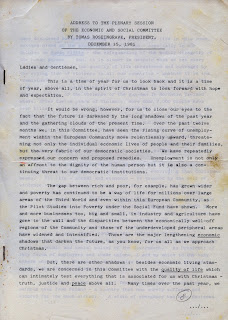 Muintir na Tíre have been very lucky to have prominent sociologists involved to help develop the theme of community development down through the years.

Posted by NUI Galway Archives at 3:47 PM No comments: