‘How important was Muintir na Tíre to Ireland?’


Key to an assessment of the importance of Muintir na Tíre to Ireland was its relationship with the Catholic Church and the Irish state. The changing nature of that relationship is indicative of the transformation that took place in Ireland during the twentieth century. Government, the Church and society were inward-looking and distrustful of novelty in for example the immediate post WWII period but gradually they each opened up to new ideas about politics, the economy and religion. In that context, Muintir na Tíre, a civil society organisation active at the parochial level and with the protection and preservation of rural Ireland at its centre, increasingly sought to engage with national and local authorities. The tensions between tradition and modernisation inherent in initiatives such as the Parish Plan of the 1950s and contributions towards, for example, rural electrification thus lay at the heart of the movement. 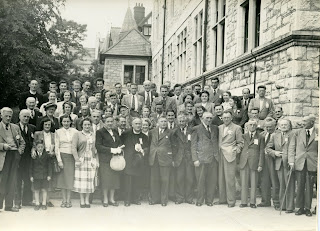 Particularly crucial to Muintir’s success or otherwise was the Catholic Church’s attitude which ranged from leadership and praise to indifference and opposition, even hostility. Consequently, Muintir’s attempts to build a nationwide structure and profile were only partially successful, and often resisted. The organisations expansion from its Munster heartland into other parts of Ireland was simultaneously supported and opposed by different priests and members of the hierarchy. Amongst its foremost advocates were, of course, Canon John Hayes, Archbishop Thomas Morris of Cashel and Emly and Jeremiah Newman, the future Bishop of Limerick. More surprising is the active support of Bishops Cornelius Lucey of Cork and Ross and Michael Browne of Galway especially when contrasted with the attitude of Archbishop John Charles McQuaid of Dublin. For the latter, Muintir was not Catholic and therefore could not be trusted to represent farmers or rural people. Preventing the organisations growth in the capital, McQuaid could not have been further from other bishops but most dramatically Pope Pius XII who in 1954 had commended Hayes and the choice of the parish as Muintir’s central unit. Such praise for Muintir along with his reference to Christian rather than Catholic is notable. As an organisation, Muintir sought to embrace all classes and creeds and at least under Hayes advocate a vocationalist Ireland, with a strong emphasis on the papal encyclicals. 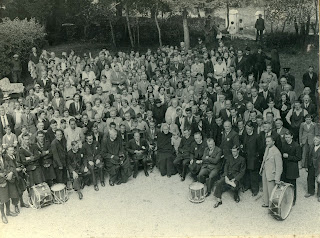 What was key then to the success or otherwise of Muintir was the attitude of the local bishop and priest. At the same time, Munitir itself, following the death of Canon Hayes in 1958, underwent a significant transition. Initially inspired by Catholic social teaching, community development became its raison d’être from the late 1950s with the greater part of its work falling into the educational field. What followed was a greater engagement with local, national and supranational authorities. This was highlighted by the practical and financial support the organisation received from James Dillon and especially Seán Lemass. The contrast in Lemass’ and Eamon de Valera’s positions is notable. Committed to a self-sufficient Ireland, de Valera remained unwilling to fund Muintir or intervene in the economy and society while Lemass was somewhat impatient with the lack of support his Ministers gave to Munitir’s proposals which were designed to develop rural Ireland. 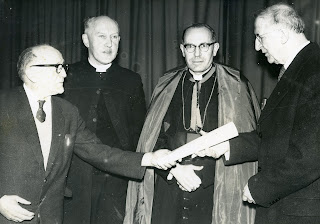 The change in Munitir’s modus vivendi reflected concerns as to the effectiveness of the organisation. These centered on the range of issues it examined along with its need to address local and national audiences. Replacing vocationalism as its core ideology, Community development thus resolved some of the tensions between traditionalism and modernism. Muintir’s importance thus lay in its role in questioning the type of Ireland that was emerging. As a conduit for understanding rural Ireland and explaining the nature of state policy and what this meant to a local and national as well as an international audience, Muintir remained during much of the twentieth century a significant example of civil activism. More than that, a brief consideration of the organisation highlights the diversity of views found within the Catholic Church and serves as a warning not to treat it as a monolith. As to the continued relevance of Muintir na Tíre and civil society organisations in contemporary Ireland, de Valera’s warnings as to the dangers of state interference remain prescient as the appropriate balance between government and voluntary organisations continues to present a significant challenge in the twenty-first century. 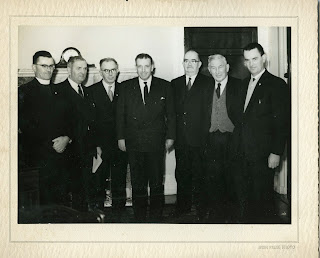 Dr Tomás Finn is a lecturer in History at NUI, Galway. His research interests include modern Irish and British history and politics, the role of intellectuals, public policy, Church-State relations and Northern Ireland.

To see what is help in the Muintir na Tire Collection at NUI Galway visit http://archivesearch.library.nuigalway.ie/nuig/calmview/Record.aspx?src=CalmView.Catalog&id=P134

Posted by NUI Galway Archives at 5:14 PM No comments:


In 2017, Conradh na Gaeilge announced they would be donating their archive to NUI Galway where it is to be safely stored and made accessible to researchers and interested parties in the James Hardiman Library Archives. This summer it was subsequently announced that the material had been transferred, and the identity of the archivist engaged to process the collection was revealed. That lucky archivist is me, and over the next 18 months, alongside working through the collection, I will be writing a series of blogs sharing my experiences and explaining the process involved, which I hope you will find of interest. (As a word of caution, this introductory blog is a bumper edition so probably a good idea to make a cup of tea first!)


So let me introduce myself! My name is Niamh Ní Charra, and I’m from Kerry, born to a Limerick mother and Galway father, who incidentally met here while studying Science. (Without NUIG I wouldn’t exist!) I graduated with an Electronic Engineering degree and worked in America briefly before leaving that world to become a professional musician, as you do! Following years “on the road”, I returned home to take a masters in Archives and Records Management. I mention this varied background because of its particular use and relevance to the work ahead which includes first-hand experience of the Oireachtas, Pan Celtic Festivals and other events mentioned in this collection. Having a grá for Irish is also a must!

﻿
The interest which greeted the announcement of the Conradh na Gaeilge archive coming to NUI Galway was fantastic but also led to my inbox unsurprisingly being inundated with queries! Because the job of the archivist is often misunderstood, it is easy to assume that all that was required of me once the material had been transferred was to hand it out as requested. I have therefore chosen to detail the process ahead to shine a light on the painstaking work that goes on behind the scenes before the archive can be made available to researchers, and hopefully to delay those queries
for a little longer until I am further down the road!


﻿
There are several stages to processing a collection before it can be made available and essentially they can be listed as follows: know what you have, make it safe, appraise it, decide on an arrangement, catalogue it, consider what should be made accessible (e.g. is it too frail, are there data protection issues etc.), digitise where possible and suitable and then release it. It can be daunting to know where to start when faced with hundreds of boxes of material but keeping these points in mind and having a plan is key. It is also important to familiarise yourself with the background of the collection, in this case getting a feel for the Conradh na Gaeilge organisation and the history behind it.


KNOW WHAT YOU HAVE


At the core of processing a collection is the act of getting control over it, both intellectually and physically. While initially announced as 500 boxes, I estimate the final number of banker boxes to be closer to 650. Each one has to be opened and its contents examined before I know what is in the collection. This is the first pass and due to the size of the collection I have decided to combine a few stages while conducting it.


While examining the contents of each box, I am also checking their condition for problems such as mould that might spread. Contents are then removed from the current boxes and placed in specially designed archive boxes and folders that help preserve them. These boxes are then placed in secure storage in climate controlled storerooms. The material is now both secure from further deterioration, and from theft. It is also protected from environmental hazards such as fire and flood. During this process, I list the contents of each box (known as a box-list), note what format the items are in (paper, photograph, CD etc.), and make note of special items of interest which may be candidates for digitisation. This box-list not only summarises what is in the collection, it will also aid in deciding on an arrangement for the collection once the first pass is complete.


Not everything in a collection should necessarily be kept – it may not be relevant or unique to that collection. There can also often be duplication of material and in some cases it may not be possible to suitably store an item due to its format, size or other practical considerations. For that reason the collection needs to be appraised. Appraisal is an important function of archivists and what separates them from colleagues in other related professions. It is something I will go into in more detail in future blogs, but for now, it is sufficient to note that as I make this first pass, I am also appraising.


HOW LONG IS A PIECE OF STRING?


One of the hardest tasks when undertaking the processing of a collection is accurately estimating both the time and the resources required. The above-mentioned stages are time-consuming but essential before the collection can be made available to researchers and until complete it is impossible to know definitively what is in the collection, and therefore how long the subsequent stages will take. It is also impossible to ascertain how long the initial pass will take, but we estimate it will require 6 - 8 months to complete.


And there you have it! As you can see, I have my work cut out for me! It is a pleasure and privilege to work on this collection and I am enjoying coming across some real gems as I make the first pass. Future blogs will cover these initial and subsequent stages in more detail and the discoveries I make along the way as well as introducing you all to Conradh, the organisation behind this wonderful rich collection.