Podcast: Music for Galway - The Archive and Music 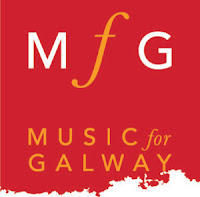 The Music for Galway Archive includes a detailed record of concerts and events produced since the group was established in early 1981.Ranging in date from 1981-2015, the archive consists of thirty boxes of materials and over 100 posters.

This audio post gives an overview of the MFG archive as well as its founding events in Galway in 1981.
You can also search the MFG archive catalogue here and discover the records which chart the histry of one of Ireland's leading cultural groups.

Posted by NUI Galway Archives at 1:25 PM No comments: