The mouth-watering line-up for this year’s Galway Arts Festival has just been announced. Among the numerous highlights is the production of Enda Walsh’s 1999 play Misterman which stars Cillian Murphy in the starring role of this one-man play. Misterman was premiered by Corcadora Theatre Company in 1999 at the Granary Theatre in Cork. This production saw Enda Walsh himself take the starring role and was directed by Pat Kiernan.

Cillian Murphy makes his return to collaboration with Enda Walsh for the first time since 1996 when he starred in Walsh’s Discopigs which was also made into a movie. The very successful stage version of Discopigs was a highlight of the 1997 Galway Arts Festival and starred Cillian Murphy and acclaimed actress Eileen Walsh in the leading roles. Murphy has seen his stock constantly rise since his early appearances at the Galway Arts Festival. Major Hollywood roles in the likes of Batman Begins and Inception as well as in the Palm d’Or winning film The Wins That Shakes the Barley directed by Ken Loach and depicting struggle and conflict in Ireland during the War of Independence and Civil War Ireland. Eileen Walsh has achieved huge notoriety and critical acclaim in her own right which strong turns in film such as the Magdalene Sisters and as Lady Macbeth on the Abbey Stage and in Medea in the 2010 Dublin Theatre Festival. 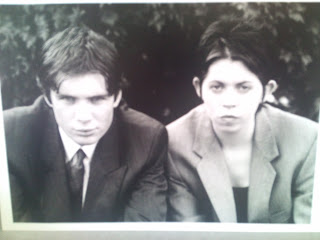