September Sports month continues this week with a look at hockey as played on campus at UCG/NUIG. Looking back at the student annuals (available in our Archives and Special Collections Reading Room) which were published published in the early 20th century, the sports reports are a great resource for sporting history on campus. Hockey is one sport had the near unique distinction of fielding a mixed-sex team for the first time in 1912-1913. The team is pictured below and the report states:
"This year has been an important one in our Hockey Annals, for it marks the formation of a College Mixed Hockey Club, and this, we are glad to say, has turned out a decided success in every way. The team that we are able to put into the field is one that can be trusted to give a good account of itself on all occasions, and we expect it do great things in the future." 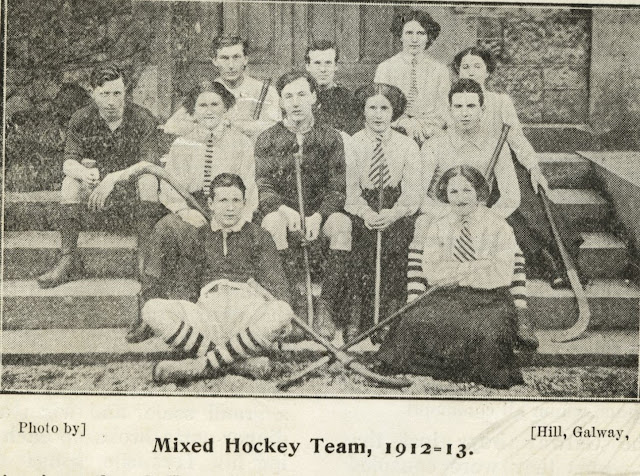 In the same notes, particular mention is made to some of the female players, "'Miss Prendergast and Miss Paul', who were selected to play for the Ladies Connacht team in a tournament held in Dublin recently." While success of both men's and women's teams were well documented in this year and noted to be among the most successful sports teams on campus, their fortunes would quickly wane as the reports for the following year of 1914 would show a club being potentially disbanded:

"When we think of the important position that the College Hockey Club once occupied amongst the hockey clubs of Connacht and the West, we must all feel regret that it holds that position no longer."

Various reasons were mentioned such as a lack of schools in the West having hockey teams that supplied willing players upon reaching College. Another was a lack of a dedicated ground of their own and also interestingly is the rather cryptic reason of "the college at present being in transition, a fact which is affecting all other games, including hockey." Things did improve over the coming years with the reports recording rising numbers and greater victories for the teams of the college hockey club. 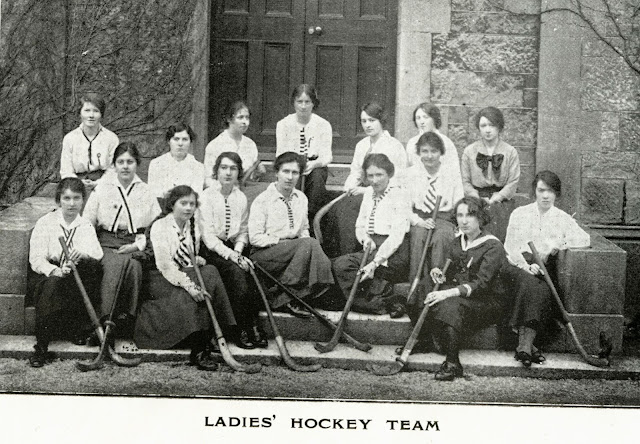 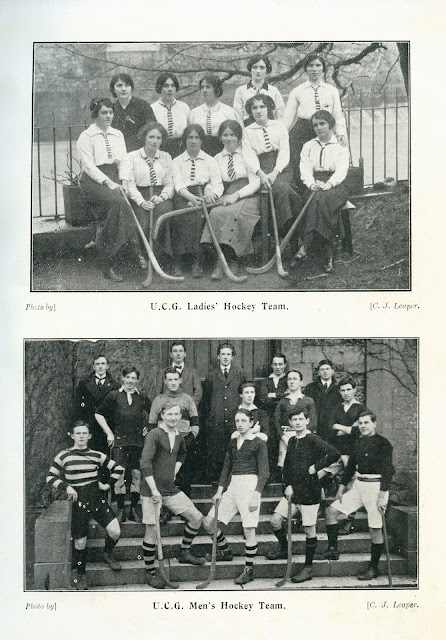 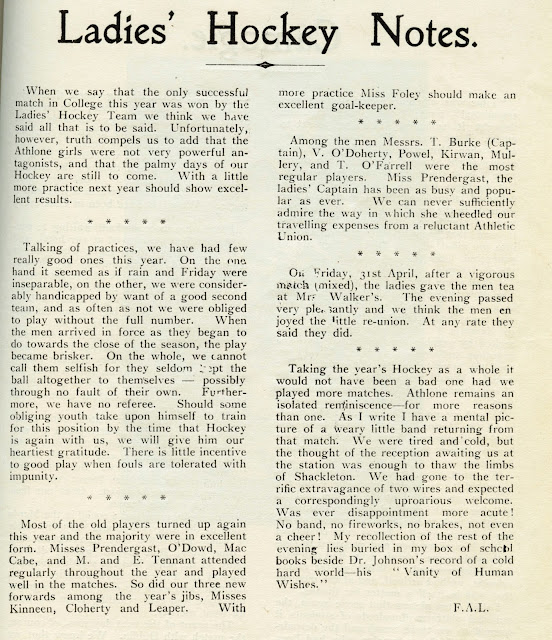