It is with great sadness that we note the laying to rest of Brian Friel yesterday. A quick look through our archival holdings shows the range and influence of Brian as a playwright and a friend to various theatre people for well over fifty years. From writers such as John McGahern and Thomas Kilroy, to a variety of theatre companies and actors, the energy and enthusiasm he brought to Irish theatre is clearly visible. In September 1963 the Lyric Theatre staged "The Enemy Within". 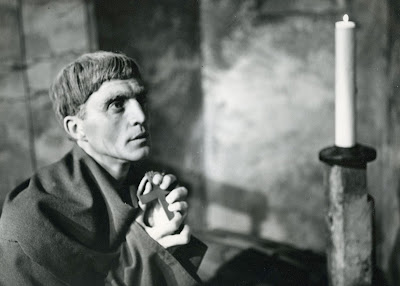 Featuring George Mooney in the role of Columba, it was one of a number of plays staged by the Lyric Theatre Company from young emerging Irish writers in the late fifties and early sixties. 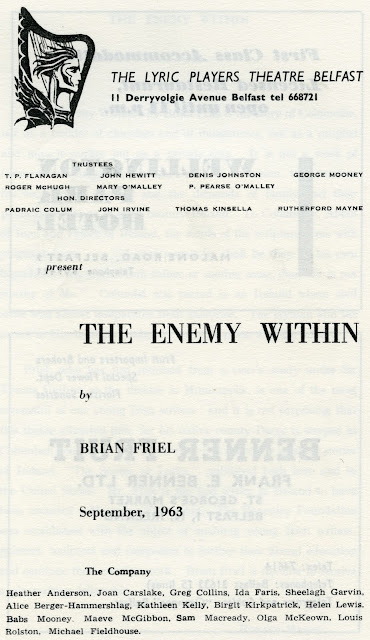 Another play which features strongly in our collections is the "Loves of Cass Maguire". Siobhan McKenna's role as Cass in the Abbey's 1967 production introduced one of the most enduring characters to an Irish audience.
﻿ 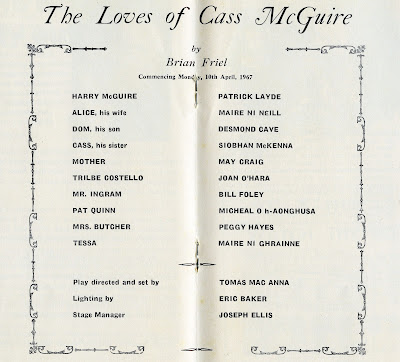 It was also one of the plays staged by the Druid Theatre Company in their opening production in the Summer of 1975, revived in 1996 for the 21st anniversary production, both productions starring Marie Mullen. 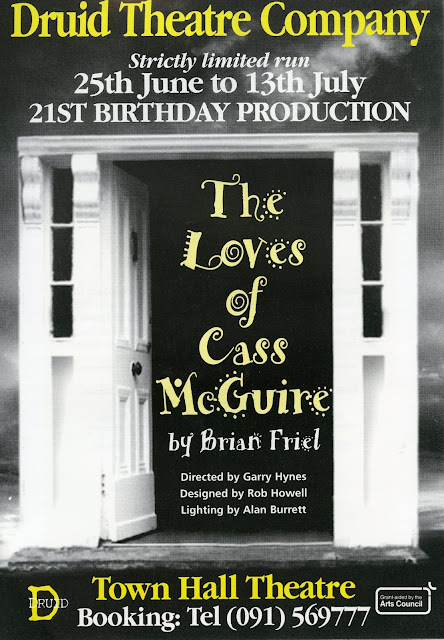 The Abbey Theatre Digital Archive, uniquely available at NUI Galway, captures the legacy and engagement of Brian Friel with Ireland's national theatre. The Abbey would première some of Friel's most powerful plays from the 1970s to present day, including The Freedom of the City (1973) Volunteers (1975) Living Quarters (1977) Dancing at Lughnasa (1990) Wonderful Tennessee (1993). The Abbey archive contains scripts, prompt scripts with detailed annotations, posters, programmes and recorded videos of performances of many of Friel's landmark works.
﻿
With around ninety references to Brian in our online holding search engine, available at http://www.calmhosting01.com/NUIG/CalmView/default.aspx why not take a virtual tour through our holdings to appreciate the impact of one of Ireland's great playwrights on Irish theatre.
Posted by NUI Galway Archives at 10:26 AM