'Explore Your Archive' week at the Hardiman Library 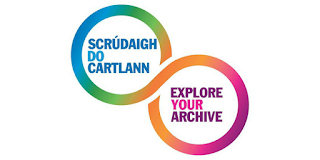 Wednesday 22nd November
11:30-13:00
(Bridge Room), Hardiman Research Building
Four of NUIG Library Archivists will give a 10-minute talk (see below) and you will have an opportunity to view exhibits and ask questions.
Tea/Coffee will be served from 11:30
Please book here 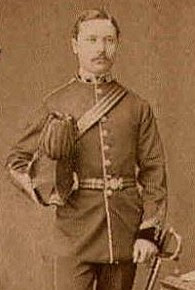 Sir Peter Freyer was born on 2 July 1851 and was baptized in the parish church at Ballinakill, Co Galway on 26 July.  He was the eldest of the children of Samuel Freyer, a small landholder of Sellerna, near Cleggan and his wife Celia Burke.   He went to the Erasmus Smith School in Galway and won a scholarship to attend the Queen’s College, Galway.    He had a distinguished academic career at the College, obtaining in 1872 a first-class honour degree in Arts and winning the gold medal, two years later he was awarded his M.D., again coming first in his class. He worked in the Indian Medical Service from 1877 to 1894, becoming a specialist in urological surgery. On his return he set up in private practice in Harley St., becoming involved in the training of the Army Medical Corps among other things in the early twentieth century. He was active as a supervisor of a number of army hospitals during World War One. He died on 9 September 1921, aged 70 and is buried beside his father in the Church of Ireland cemetery at Clifden, Co Galway. 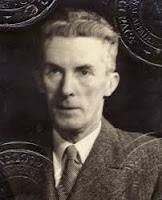 The Rynne family archive comprises records of multiple generations of a family which had formative roles in shaping Irish culture and society from the Revolutionary era through to recent years. Dr Michael Rynne, a veteran of the War of Independence also served as Irish ambassador to Spain in the Free State; his sister Mary, was a prominent writer and playwright at the Abbey Theatre, Dublin. Michael’s son, Etienne, was Professor of Archaeology at NUI Galway, a position he held for thirty years. This talk explores the processes of preserving and cataloguing this vast family collection

The Michael Maurice O'Shaughnessy archive is the basis for an exhibition that is currently on display in the Hardiman foyer, Michael Maurice O'Shaughnessy 1864-1934: Engineering the Promised Land. It tells the story of the Limerick man, who in 1884 graduated from Queen's College Galway as NUI Galway was known at the time. He emigrated to California the following year, where he enjoyed an illustrious career as a civil engineer. From 1912-1932 he served as San Francisco's City Engineer. In this role he oversaw iconic projects in the region, including San Francisco's hydro-electric power scheme, and he approved the concept for the Golden Gate Bridge. The archive offers a window into the life of an Irish emigrant in America in the late 19th century, and documents a fascinating time of  development in America.
Posted by NUI Galway Archives at 9:49 AM