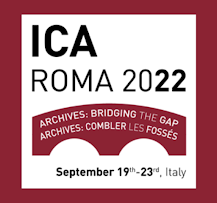 The Conradh na Gaeilge archive at the University of Galway, and the work by archivist Niamh Ní Charra to process it and make it available for researchers, forms the basis of a poster presentation at the upcoming International Council on Archives conference taking place in Europe for the first time since 2015. Ní Charra is flying the flag for Irish archives and archivists at the conference and her contribution marks the first time the Irish language will have featured in the conference's ten year history.

The Conradh na Gaeilge archive at University of Galway, Ireland 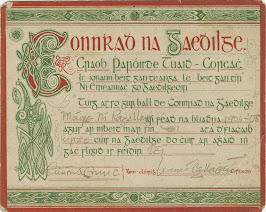 Who are Conradh na Gaeilge?

Conradh na Gaeilge [The Gaelic League] is an organisation which was founded in 1893 to promote the Irish language in Ireland and abroad. Material gives a unique insight into the last 130 years or more of the history of the island of Ireland. Staff were actively involved in promoting and observing the use of Irish across all aspects of everyday activities. A significant portion of material covers several language rights campaigns. Also included are documents relating to prisoners' rights and civil rights in Northern Ireland.

Conradh were instrumental in community campaigns which led to the

They are still campaigning for Irish language rights in Northern Ireland.
At the core of these campaigns is the right of the individual to their own name, and to living and interacting in their own language, one that is indigenous to this island. 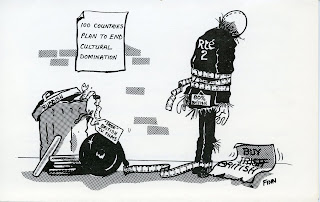 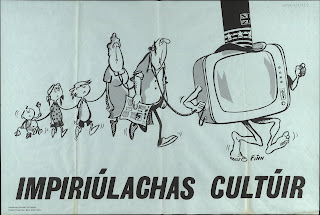 Why University of Galway?
When deciding where to deposit this immensely rich and significant archive, Conradh na Gaeilge were conscious of the importance of choosing the right institution to house the archive and carry out the work required. After much careful consideration, they chose the University of Galway, formerly the National University of Ireland, Galway. There were several reasons for this decision. 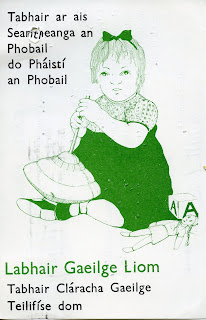 Unique considerations:
Apart from the normal decisions archivists need to make when appraising, processing, preserving and cataloguing an archive, the nature of this particular archive brought additional unique considerations.
As part of the agreement between Conradh na Gaeilge and the university, it was vital that the archive be listed in Irish to ensure it was inclusive for the Irish language community. It was decided by the archivist to also list in English to ensure this wonderful archive was accessible to non-Irish language speakers as well. (Many press releases and other material are in English, and there are in fact 24 languages represented in the collection).
Decisions on spelling also needed to be made: Irish language spelling was not standardised until the 1950s and many variations of spelling exist throughout the collection as a result. For the purposes of consistency, modern spelling was chosen with older versions also listed where necessary (eg Connradh na Gaedhilge [Conradh na Gaeilge]).
Decisions on CALM included what order the Irish and English listings appeared, how to separate the two, whether to use free text or drop down menu options for certain fields and where to override the default options. With bilingual listing inputted in CALM, generating a report through CALM would automatically result in the finding aid also being bilingual. It was therefore decided to also provide an Irish-only version as a word document.
Throughout the cataloguing process, use was made of the university's translation department. However, their excellent work was hampered due to the nonexistence of Irish language archival terminology at the time. 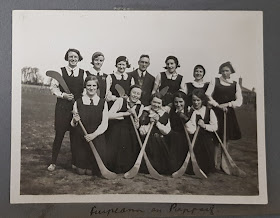 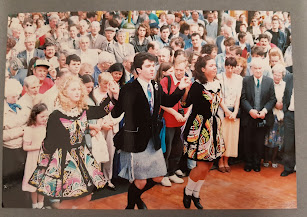 Side project - 200 archival terms designated in the Irish language:
Issues with catalogue translations arose early in the process due to the absence of official archival terminology in the Irish language. The incredibly rich language meant that there were multiple options for some terms, while other terms simply did not have any Irish language equivalent, or the specific meaning as it related to the archival context was being lost. Ní Charra discovered that while Irish language archive collections exist all over the country, very few had been catalogued in Irish, and those that had been were done on an ad-hoc basis. The inconsistencies between listings from an archival standards point of view had not been recognised.
As a direct consequence of these issues, she instigated and co-led a project involving University of Galway, the National Archive of Ireland and An Coiste Téarmaíochta [The Irish Language Terminology Committee]. The collaboration led to 200 archival terms being officially designated in the Irish language. Thanks in no small part to Dr Luciana Duranti, these terms are now available on ICA's MAT database where Ní Charra has been nominated as the Irish language co-ordinator. 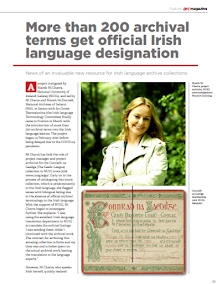 Project Benefits:
The dual project to have Conradh na Gaeilge's archive at the University of Galway appraised, preserved and catalogued, which in turn led to the creation and designation of archival terms in the Irish language has been hugely beneficial. The cataloguing of this iconic archive is not just a good case study - it is a perfect showcase for the following reasons:
Decolonising the archive - if we want to start a conversation about decolonising the archive, we need to think about the language of the archive.
When considering the coloniality of the archive the discussion is generally either centred around the material of the archive, certain problematic terms being used in describing the archive, or perhaps the bias of those descriptions, but very rarely is the language itself the catalogue entry is in considered. In addition, there is a tendency within Europe to think of present and former colonies being located outside of the continent itself, and the archival community are no different in this regard. This project therefore can act as a gentle reminder that some former colonies are much closer to home, and other parts of this continent remain contested and divided territories. 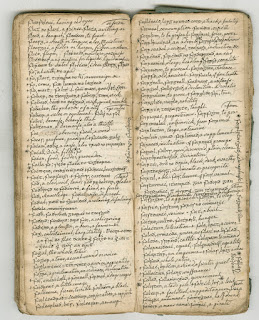 Challenge to the archive community:
The challenge for the archive community, is not only to ensure that when these stories are told, they are preserved and accessible in archives, but also to ensure this access is as inclusive as possible. Whether material is in Irish or in other minoritized languages (and the term "minoritized", not "minority" here is key), the archive community should do our best to ensure we are not part of the obstacles communities face when trying to access these stories. Providing more bi/multi-lingual cataloguing, and doing so in a consistent manner to archival standards through the creation/designation of archival terminology, is one step towards bridging this cultural gap. 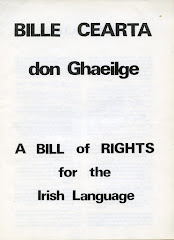 Useful Links:
More information on the archive itself, and on the project to designate archival terms in Irish can be found below:
Launch of the Conradh na Gaeilge Archive
Conradh na Gaeilge Digital exhibition
200 Archival terms designated in the Irish language
PDFs of the terminology in English-Irish, Irish-English, Irish only
International Council on Archives Multilingual Terminology Database.
Leagan Gaeilge den bhlag seo 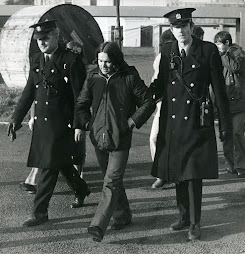 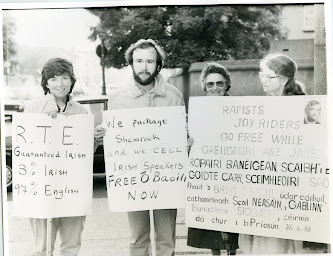 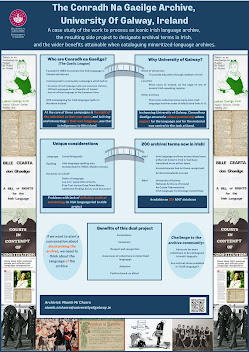