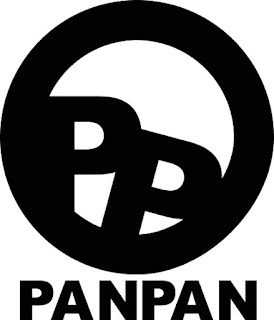 Ian Walsh - Out of the dark: Pan Pan’s Staging of Beckett’s Radio Plays, All that Fall and Embers.

The archive of the award-winning Pan Pan Theatre Company has been donated to the University of Galway Library Archives. Established in 1993 by Gavin Quinn and Aedín Cosgrove, Pan Pan Theatre Company have established international recognition as one of Ireland’s premiere theatre companies, touring throughout Ireland, Europe, the United States and from China to New Zealand. The archive is fully catalogued and available to researchers at University of Galway Library. A new digital online exhibition will share the Pan Pan archive with a global audience.

The Pan Pan archive consists of annotated scripts, production notebooks, photographs, designs, programmes, posters, and a vast collection of digital show recordings, spanning more than fifty boxes of materials from the last thirty years. The papers document the early years and development of the company led by Quinn and Cosgrove, who have directed and designed the majority of Pan Pan productions. Pan Pan were established in 1993 as “Ireland’s first deaf ensemble”. Pan Pan produced work for and with deaf practitioners and audiences, creating a new space of accessibility for Irish theatre in the mid- and late-1990s. New original works by Pan Pan at this time Tailors Requiem (1996), Cartoon (1998), and Standoffish (2000).

In later years Pan Pan adapted Irish and European classics in new and innovate productions. Oedipus Loves You by Simon Doyle and Gavin Quinn (2006), which starred Ruth Negga, toured to international acclaim. The Crumb Trail by Gina Moxley (20009) revisited the form of the fairy tale for a modern technology-driven society. Pan Pan engaged with the works of Samuel Beckett and William Shakespeare across a number of productions. Pan Pan produced Beckett’s radio plays, All That Fall in 2011, and Embers in 2013, and also Beckett’s Quad (2013) and Endgame (2019). Shakespeare’s works were explored in Mac-beth 7 (2004) and The Rehearsal: Playing the Dane (2010), a reworking of Hamlet. In 2006, Pan Pan staged an all-Chinese cast production of J.M. Synge’s The Playboy of the Western World in Shanghai, translated into Mandarin, setting the production in a contemporary hairdresser’s salon.

Pan Pan are today producing new works and regularly touring nationally and internationally. The recipients of many international awards as well as Irish Times Irish Theatre Awards, the Pan Pan archive documents a company that has always sought to innovate, reinterpret, and connect Irish theatre and culture to the worldwide audience.

Dr. Barry Houlihan, Archivist, University of Galway, commented that “working on the Pan Pan archive and cataloguing its vast array of materials is a reminder of the immense contribution that Pan Pan have made to contemporary Irish drama in Ireland and internationally. The archive will be in an immersive and fascinating resource for anyone interesting in the company and modern Irish theatre and culture.”

Gavin Quinn and Aedín Cosgrove, co-founders of Pan Pan Theatre Company added: “It's an amazing opportunity that University of Galway has given Pan Pan to make our work available in this archive, we are blown away by the dedication and curatorial excellence of the Archive team. We are delighted that our little contribution to the theatre scene in Ireland will be preserved."

Dr. Charlotte McIvor, Head of Drama, Theatre, and Performance at University of Galway commented: “The acquisition of the Pan Pan archive gives us another opportunity to bring together history and practice in our Drama and Theatre Studies classrooms and across the School of English and Creative Arts.  Pan Pan have always been at the vanguard of moving Irish theatre forward as a landscape since their founding, and we are now delighted to be partnering with them to bring the transformative story of their history and their future directly to our students.”

John Cox, University Librarian, University of Galway adds that, “We are delighted to have secured the archive of such an innovative company as Pan Pan. This archive is a tremendous collection in its own right and complements our archival coverage of other Irish theatre companies, including the digitised archives of the Abbey and Gate Theatres and others in paper format such as those of the Druid, Lyric and Taibhdhearc.”

The Pan Pan archive and digital exhibition will be launched at an event in University of Galway by Willie White, Director of the Dublin Theatre Festival on 29th November. All are welcome to attend.